﻿﻿In biology a hybrid is an offspring of two animals or plants of different breeds, varieties, species or genera. Animals used in hybrids normally involves the breeding of two genetically distinct individuals, example of such is a horse and a zebra creating a offspring which is called a Zorse. Man has always been curious regarding animals and cross breeding delves deeper into a realm of animal interest which some persons find it an abomination to do so. . Animals normally stick to their own kind in terms of breeding, cross bred animals are always due to human interference. Here is a list of some of the best animal hybrids. The best because they are some of the more successful hybrids which actually live longer than other forced hybrid animals. ﻿﻿ 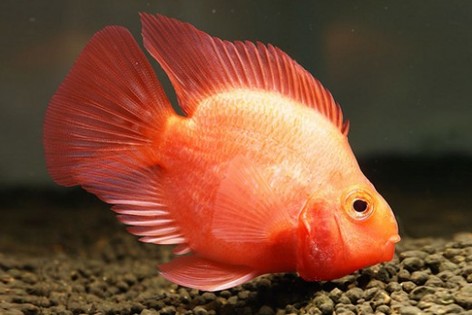 Blood Cichlid
1. Blood Parrot Cichlid
The Blood Parrot Cichlid is actually an hybrid fish. It is a cross between the the midas and the redhead cichlid. The fish was first created in Taiwan around 1986. Blood parrots have sometimes been confused with other parrot cichlids and salt water Parrot fish. The blood parrot carries a deformity which is its mouth.The Blood Parrot Cichlid mouth has only a narrow vertical opening and really looks weird, this fish looks like it is always in the mood for kissing. With the deformation of the mouth, it makes the fish harder to feed and eventually vulnerable to it starving. Controversy exists over the ethics of creating the blood parrot and many persons have called for the boycott of this fish from being sold in pet stores worldwide.
2. Zebroid.
Don't go to the track thinking you will get a big win off this animal anytime soon. I have no reason what was the intent when they saw the zebra and thought that it would be great to cross breed. When the zebra is crossed bred with any equine family, (horses, donkeys, mules) the result is an animal which is called zebroid. Zebroids have been bred since the 19th century. Charles Darwin noted several zebra hybrids in his works. Zebroid is the generic name for all zebra hybrids. The different hybrids are generally named using a portmanteau of the sire's name and the dam's name. There is generally no distinction made as to which zebra species is used. Many times when zebras are crossbred, they develop some form of dwarfism. Breeding of different branches of the equine family, which does not occur in the wild, generally results in infertile offspring. The combination of sire and dam also affects the offspring phenotype. 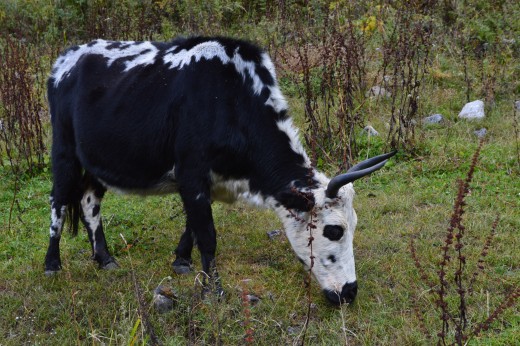 DZO/DZOMO
3. DZO/Yakow
"Hey Yow, If you like the DZO put your hands up, lift your hands up, we are tearing down the roof, lift your hands up, lift your hands up." Wait, whats that? The DZO is not a rap group! That was actually me doing my rap song to what i thought was a rap group. The dzo is actually a hybrid between the yak and the domestic cattle. This hybrid however is gendered. The dzo is the male hybrid while the female is called the dzomo or zhom. (Still have the urge to sing that rap song). The Mongolians call this hybrid khainag, it has nothing o do with an alien race in star treck. There is also the English language portmanteau term of yakow; a combination of the words yak and cow, though this is rarely used. The female hybrid Dzomo is fertile hence capable of producing offspring with a straight yak or bull, while the male hybrid dzo is simply good for meat as it is sterile. These animal hybrids are larger and stronger than yak or cattle from that region. It is believed that these hybrids are capable of producing more milk and meat than straight yak or cattle. Dzomo can be back crossed. As a result, many supposedly pure yak or pure cattle carry each others genetic material. In Mongolia and Tibet, the result of a khainag crossed with either a domestic bull or yak bull is called ortoom (three-quarter-bred) and an ortoom crossed with a domestic bull or yak bull results in a usan güzee (one-eighth-bred) 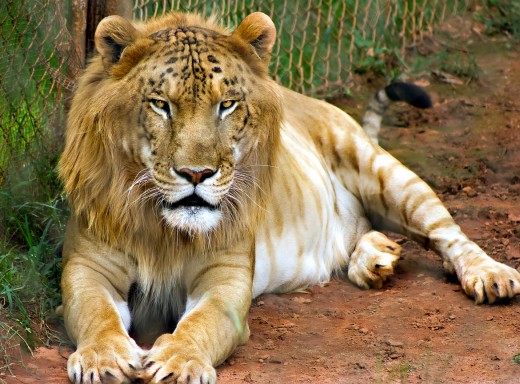 Liger
4. Liger
The liger is a hybrid cross between a male lion and a female tiger. Thus, it has parents with the same genus but of different species. It is distinct from the similar hybrid tigon. Ligers exist only in captivity or zoo because the habitats of the parental species do not overlap in the wild. Historically, when the Asiatic Lion was prolific, the territories of lions and tigers did overlap and there are legends of ligers existing in the wild. Although ligers share characteristics of both from lion and tiger, they more closely resemble the lion, because of the dominant gene. You better have some whole cow  to feed this big gentle giant as these hybrids usually grow larger than both lion and tiger. 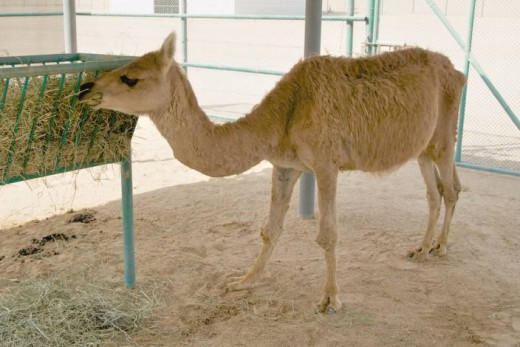 Cama
5. Cama
The cama was created in a laboratory in dubai. A cama is a hybrid between a male dromedary camel and a female llama, and has been produced via artificial insemination at the Camel Reproduction Center in Dubai. The first cama was born on January 14, 1998. The aim was to create an animal capable of higher wool production than the llama, with the size and strength of a camel and a cooperative temperament. An adult dromedary camel can weigh up to six times as much as a llama, so the hybrid needs to be produced by artificial insemination. Insemination of a female llama with sperm from a male dromedary camel has been the only successful combination. Inseminating a female camel with llama sperm has not produced viable offspring 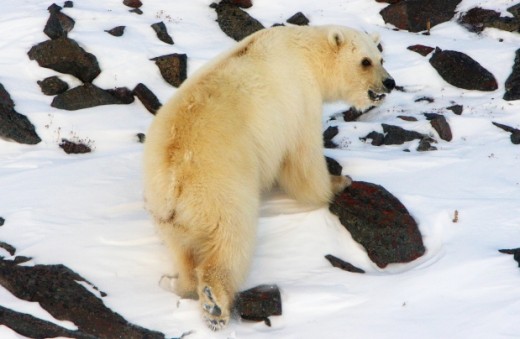 Grolar Bear
6. Grizzly Polar Bear
This is probably a nice fluffy teddy you could take home and cuddle with at nights if you feel like having your face mauled. The grizzly polar bear hybrid, also pizzly bear, , Polar-Grizz or grolar bear is a rare ursid hybrid that has occurred both in captivity and in the wild. In 2006. A peculiar looking bear was shot near Sachs Harbor, Northwest Territories on Banks Island in the Canadian Arctic. and because of his different looks, DNA samples were taken and tested and it was a natural cross between a polar and my grumpy grizzly. It is quite possible that natural hybrids of the polar and grizzly were shot in the past, but could not be identified using DNA.

7. Africanized Bees
These are like gang bangers with very painful stingers. The Africanised honey be is always an angry grumpy little sweet honey maker. The Africanised honey honey bees known colloquially as "killer bees", are a hybrid of the Western honey bee species,produced originally by cross-breeding of the African honey bee, with various European honey bees such as the Italian bee and the Iberian bee. The African honey bee was first introduced to Brazil in the 1950s in an effort to increase honey production; but, in 1957, 26 swarms accidentally escaped quarantine and, since then, have spread throughout South and Central America and arrived in North America in 1985.

This constant threat to African honey bee lives created an atmosphere that caused them to become extremely aggressive. Honey Badgers, and the birds that lead the badgers to the hive and the Natives all play a role in fostering the aggressive nature of these bees. To combat these intrusions they have developed an extreme counter attack defense. They will chase the intruder up to a mile from the hive. They are very quick to attack at little or no disturbance. They swarm quickly and follow the pheromones of the first bees that attack and left their markers on the victim. The don't need and extra incentive to go in for the kill. 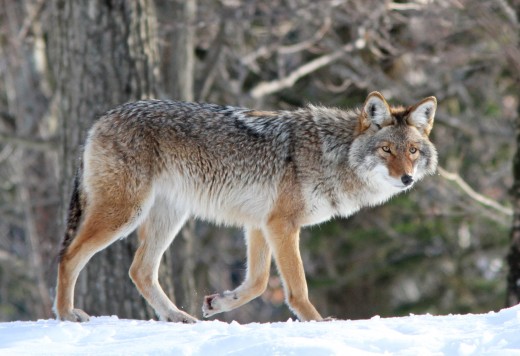 Coywolf
8. Coywolf
Coywolf is an informal term for a canid hybrid descended from coyotes and one of three other North American Canis species, the gray, eastern and red wolf. This hybrid is quite interesting, we know that when a wolf bites you you become a werewolf, what happens if you get bitten by a Coywolf, you my end up turning into a werecoy or werecoywolf. Mmmm, i wonder, anyway lets not stray from the Coy-wolf. Coyotes are closely related to eastern and red wolves, having diverged 150,000–300,000 years ago and evolved side by side in North America, thus facilitating hybridization. In contrast, hybrids between coyotes and gray wolves, which are Eurasian in origin and diverged from coyotes 1–2 million years ago, are extremely rare. Such hybridization in the wild has only been confirmed in isolated gray wolf populations in the southern USA. 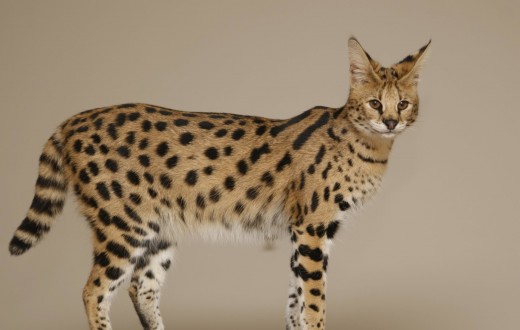 9. Savannah Cat
Don't go leaving that fish on your kitchen window sill with this large kitty prowling. A Savannah cat is a cross between a domestic cat and the serval, a medium-sized, large-eared wild African cat. The unusual cross became popular among breeders at the end of the 1990s, and in 2001 the International Cat Association accepted it as a new registered breed. In May 2012, TICA accepted it as a championship breed. They are a nice breed and is easily domesticated.

A Bengal breeder, Judie Frank, crossbred a male serval, belonging to Suzi Woods, with a Siamese (domestic cat) to produce the first Savannah cat (named Savannah) on April 7, 1986.[1] In 1996, Patrick Kelley and Joyce Sroufe wrote the original version of the Savannah breed standard and presented it to the board of The International Cat Association. In 2001, the board accepted the breed for registration. 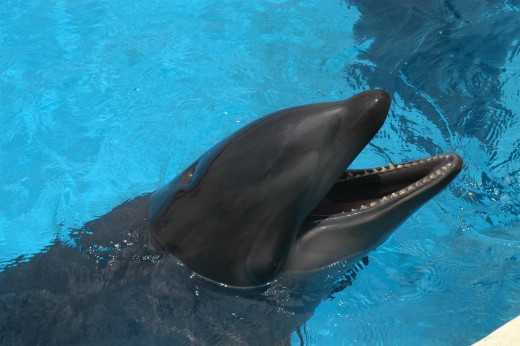 10. Wholphin
A wholphin or wolphin is an extremely rare hybrid born from a mating of a female common bottle nose dolphin with a male false killer whale. The name implies a hybrid of whale and dolphin, although taxonomically, both are within the "oceanic dolphin" family, which is within the "toothed whale" suborder. The first recorded wholphin was born in a Tokyo Sea World, but he died after 200 days.] The first wholphin in the United States and the first to survive was Kekaimalu, born at Sea Life Park in Hawaii on May 15, 1985; her name means "from the peaceful ocean". Although they have been reported to exist in the wild, only one is currently in captivity at Sea Life Park in Hawaii. 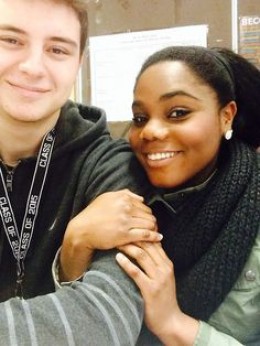 Mixed Humans
Well, human hybrids are what we call mixed breed. Different race of humans come together to create an offspring of mixed races. Humans love each other and of course find the process of making an offspring quite pleasurable and will do it in or out of controlled environment. The result is also a class of Animal Hybrid we call mixed race. So some of the various human animal hybrids are as follows:

And many more human animal hybrids. You can make some up of your own too! give it a try!

Clive Williams is an Animal Enthusiast and the father of two dogs, Nica and Venom.